Call for the renunciation of differences between the Arab brothers 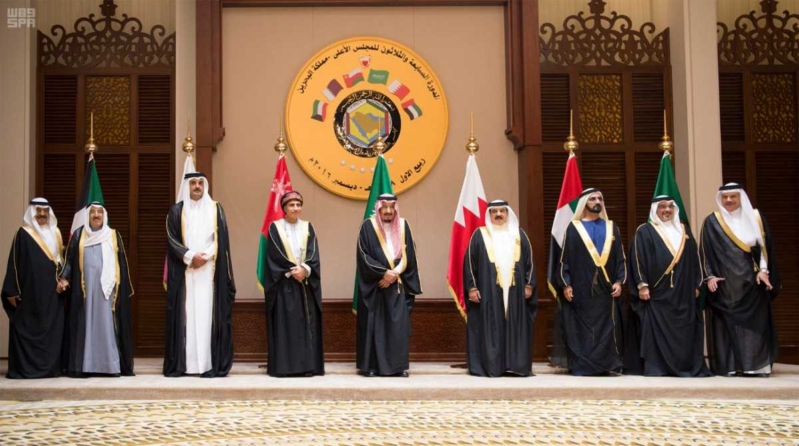 By SATUC   |   June 6, 2017
Leave a comment
Call for the renunciation of differences between the Arab brothers By Sheikha bint Hamad Al Thani In the name of of Allah the Merciful The Gulf people have a strong legacy of culture, customs and traditions that have made it a place that attracts many other cultures to live in the Gulf states. Thanks to the wisdom and nobility of this family of rulers, they were able to create a strong union that brings them together under the name of the Gulf Cooperation Council. The countries of the world are eager to co-operate with it for progress and development. The region rose and flourished through the flow of money among the peoples of the Council. The investment is open to every Gulf state who moves as it wishes in the region as if it were in his own country. They made it a place to live from the wealth of the people of the Gulf and the countries of the world who participate in the renaissance and construction in the region. The ports and airports in the GCC countries are the centre for trade and industry and a field of development thanks to the ideas of the people of the Gulf who move between its countries. Capital is transferred from state to state to increase wealth. In an unexpected moment, there are misunderstandings between the brothers – but it does not mean it is the end of the world. Qatar, one of the countries of this Council and part of the body of the Council, rejoices and feels pain if its body is hit, because the fate of the GCC states is one. Everyone asks why they want to separate a member from this body? Is it a conspiracy and what are its dimensions? Who benefits from this plot and who is harmed? The afflicted are certainly the people of the Gulf, all of whom are found everywhere in the Gulf that shelters them. Common interests unite them in every inch of the Gulf. The implication among the GCC States is one title for one tribe, where the single goal that brings together the people of the Gulf through the work and development witnessed by the Gulf States and the wealth resulting from this cooperation between the sons. Today, the dispute needs all of our rulers to come closer together to strengthen the bonds of this union, which is a force in the face of its enemies. Why should we impose isolation on ourselves, and consolidate the concepts of division and exclusion of a sister country and part of the Gulf body, Qatar. Our cultural heritage in the Gulf requires all of us to find a way out of this emergency crisis, which was not taken into account. From here, as a member of the Gulf state, I care about the Gulf as one of its sons. There should be sincere wish from the people of the nation in the rapprochement and the resolution of this political dispute which, if it continues, will make the Gulf States coveted by those who lurk in the region. We are fully confident that politicians and rulers are able to have mechanisms to resolve this dispute through the loyal Gulf men who love their country by intervening in expressing the opinion that brings brothers away from exclusion. We all have one body in the Gulf.

I call on the rulers of the Gulf to be tolerant and loving in this holy month to be wise, patient and close to avoiding the differences that put the future of the peoples that have converged and overlapped through the GCC instead of dispersion and division. The people will become a fleeting summer cloud, thanks to the efforts of the faithful, away from exclusion and isolation. The difference between us the peoples of the Gulf and our common interest is that the Gulf of our Arab brothers are one and our people are one and will not be divided, whatever the challenges set by us.
Share