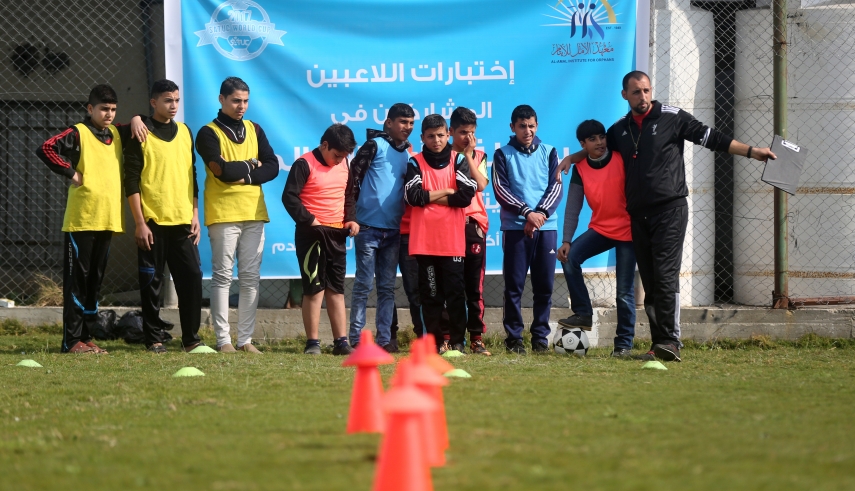 By SATUC   |   February 5, 2017
Leave a comment
Gaza children dream of overcoming the hardships of their life. A Palestinian team from Gaza is participating in SATUC World Cup of 2017. Gaza is one of the Palestinian cities suffering from the occupation with obvious reflections on the children of Gaza. Wars have moreover destroyed many houses and strongly impaired the infrastructure of the City, thus depriving Gaza inhabitants, and especially children, of many life necessities and basic requirements, usually enjoyed by others living in advanced countries and secure places. Nevertheless, Gaza children participating in the World Cup for Orphans of 2017 voiced their strong will to overcome problems, challenge their deplorable circumstances and defend their real case in front of the World. This is what the children of Gaza related in a special recording. They expressed their happiness to be granted the opportunity to participate and compete for the World Cup as such achievement would be their chance to realize their dream and enable them to explain their case to the local and international public opinion. They said they wanted to prove to the World that despite the destruction and the loss of parents due to wars, despite their insecure and cruel living conditions, they were able to practice football playing, although they lack many of the facilities and basic requirements provided by other countries to their players. They insist that they will be able to make their voice heard by the World, through their progress and participation in the World Cup for orphans and deprived children, organized and sponsored by SATUC in 2017.
Share