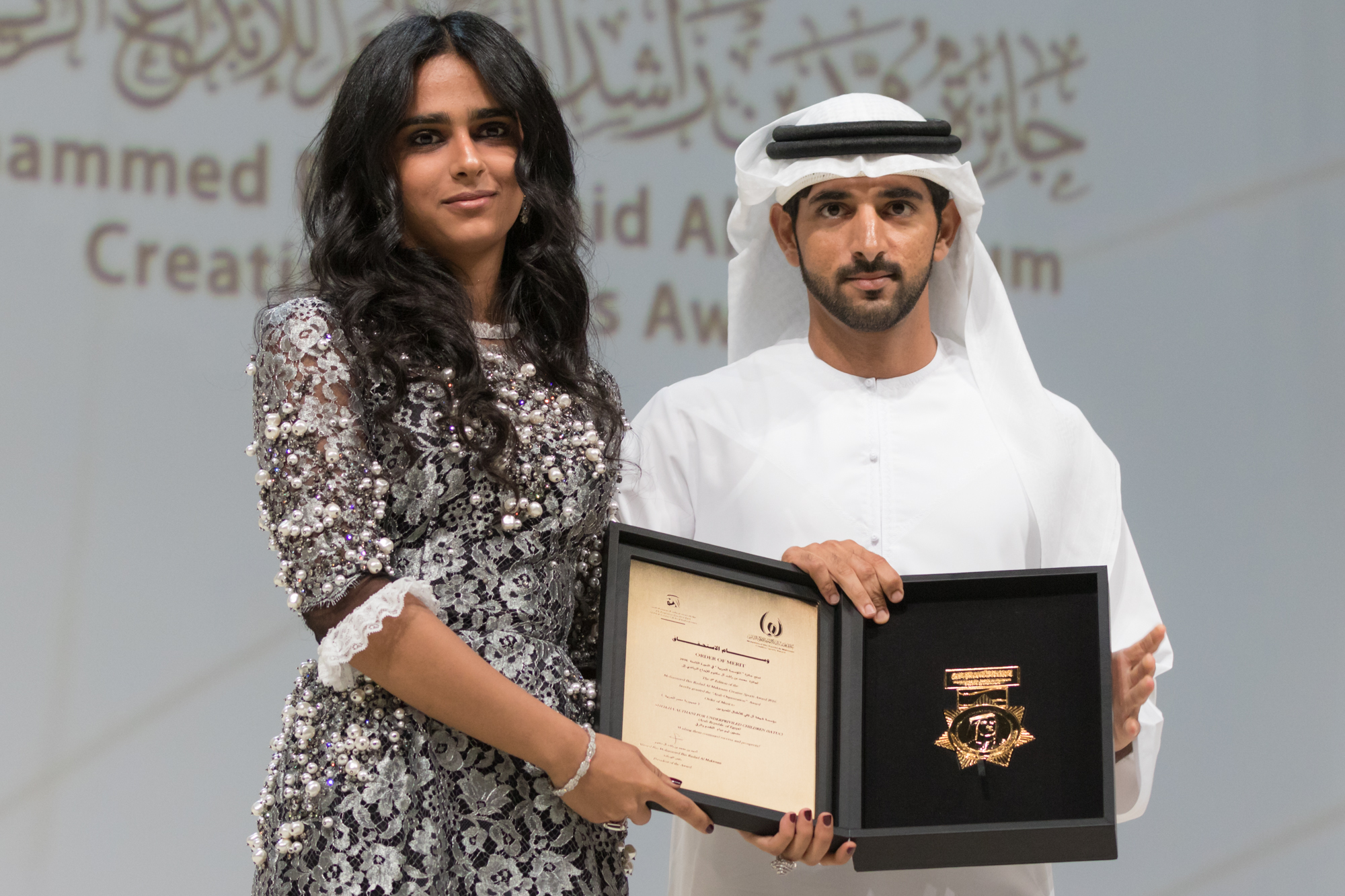 By SATUC   |   January 9, 2017
Leave a comment
SATUC, headed by Princess Sheikha Al-Thani, won the MBR (Mohammed Bin Rashid) Creative Sports Award. Today is the day Sheikha Althani will receive the creative sports award in Dubai. Today is the 9th “Sheikh Mohamed bin Rashid Al Maktoum” award ceremony to award the winners in what is acknowledged as the biggest event of its kind because of the value of its prize and it’s the first of its kind to specialise in creativity in sport work. Egypt won four awards in this event and they are Hadya Malak taekwondo who received a bronze medal in the last Olympic Games in Rio and also Sara Samir weightlifting champion who also received a bronze in Rio and the sport judge Ahmad Helmy who judged the spear and arrow finale in Rio and SATUC Organisation which is run by Sheikha Sheikha Althani and the founder of the SATUC World Cup for her charitable work with SATUC, whether it be socially or through sport. The first SATUC World Cup was held in Cairo in 2015, 8 countries participated and the Egyptian team came first. This is held every two years and world rebounded football players participate as ambassadors in supporting the project. SATUC, headed by Princess Sheikha Al-Thani, won the award for being a great charitable foundation, not solely through the sporting successes, the organization has helped to realise, but also for work in all charitable social aspects. Of course, some of our children have even been signed to football clubs due to our work, and we continue to fight to change the lives of all of our children. Sheikh Hamdan bin Rashid Al Maktoum, vice King of Dubai and minister of finance, was chosen as the local sports figure in the Emirates and this is to appreciate his hard work in changing the face of the sports movement through his presidency of Al Nasr Club. As was His highness Ali bin Al Hussain president of the FA in Jordan and Eastern Asia, chosen as the Arabic sports figure, and this to appreciate the big role that he played in leading hard work for change in the World Federation for Football and to get rid of corruption in it. The Award is the world’s leading award in terms of value, and diversity of categories. It is the primary sports award dedicated to inspiring creativity in sports in the UAE, Arab countries, and the world in general. Sheikha Al-Thani was pleased that to be recognized from the (MBR) Creative Sports Award and honoured about winning the Award. Sheikha, also pleased that to be recognized for all the work we do for the orphaned and disadvantaged children of the world, but mostly to be among so many worthy winners who are not just hard-working, but beacons of hope to those in need; this award is for them. Furthermore, it is for everyone, from our wonderful ambassadors, to our volunteers, and to everyone who has donated even the smallest amount to help the children for whom we care so much.
Prev 1 of 1 Next
Prev 1 of 1 Next