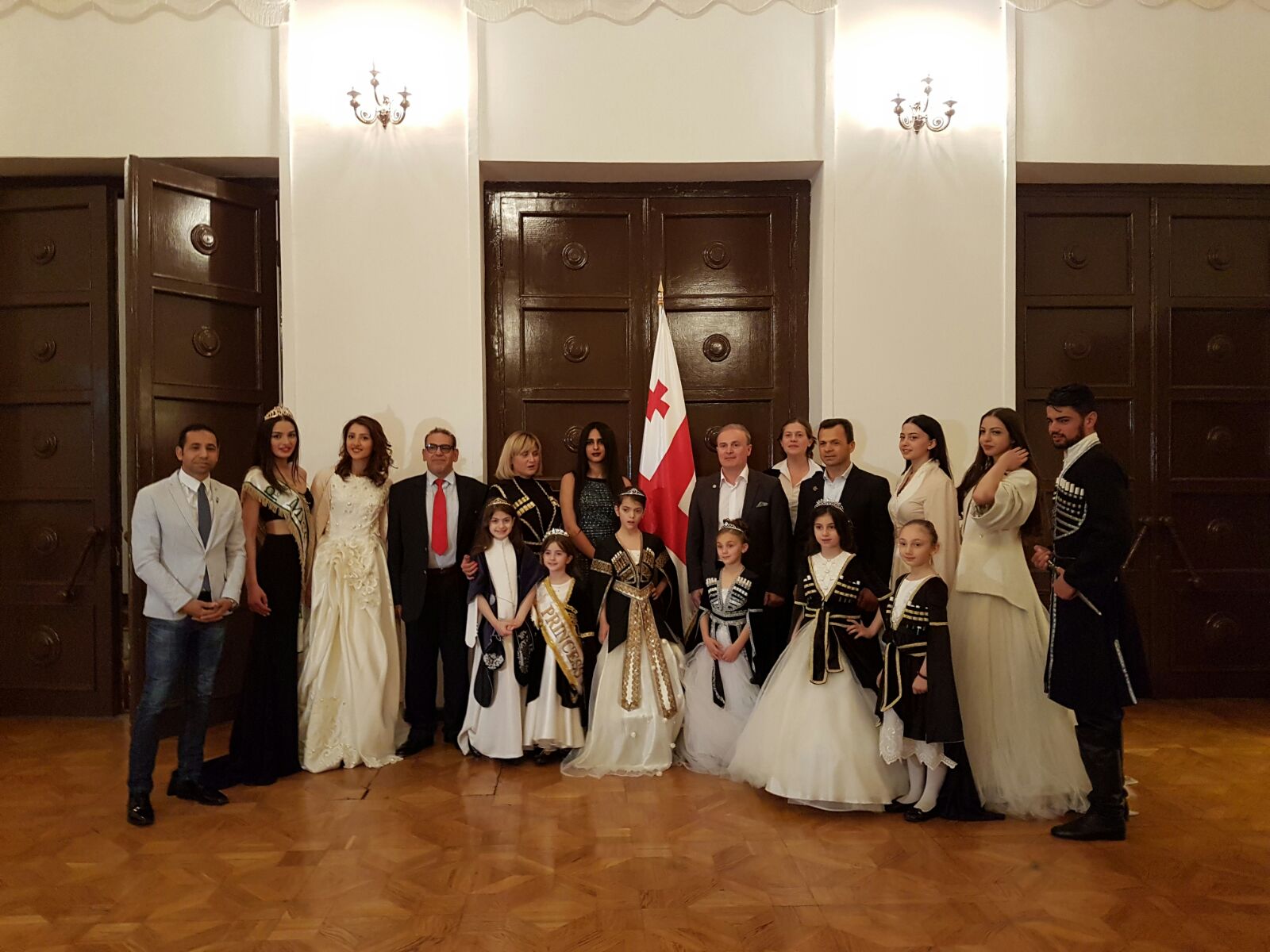 HRH arrived early to Tbilisi International Airport to be greeted by a welcome party of assorted officials and girls in traditional dress bearing flowers and gifts. Among the officials present were Mr Kakha Basilia, Vice Minister for Sport, Mr Grigol , President of the Georgian Karate Federation, Gabi Michaeli, Vice President of the World Martial Arts Confederation and Mrs Tata Klonina, Ministry of Tourism. A short press conference was held with HRH expressing her honour at being invite d to the event and pleasure to be in Georgia. She also highlighted the efforts of SATUC to use sport as a tool for unification and to aid those less fortunate.

Meeting with Chairman of Local Government in Batumi

First HRH first appointment came with a meeting with Archil Khabadze, Chairman of Ajara Autonomous Region Government. He welcomed her to Batumi and a discussion was held concerning the sport in Ajura and Georgia in general. Mr Khabadze highlighted the tourism, culture and investment opportunities of the country and region. HRH talked of her own charity and its wish to host the 2019 SATUC World Cup in Georgia and the benefits the event could give both to Georgia and crucially the children who come to compete. Both parties were agreed on the importance of sport. During the meeting HRH was presented with a gift of a gold bracelet based on an antique design.

Next HRH was accompanied to the opening of the World Martial Arts Games. There a ceremony took place to officially open the games where martial arts from different countries and regions were displayed including a dance routine of local tradition. HRH was presented with a Honorary Black Belt by the Georgian National Karate Federation and an MMA belt by members of the federation shown here including Sadashige Kato, 9th Dan and World Chief Instructor for the International Japan Karate-Do Association, Mr Basilia, and Hayrettin Hamerucu of the World Shotokan Federation.

Meeting the Mayor of Batumi

For her next appointment HRH was greeted at Batumi City Hall where she met with the Mayor, Giorgi Ermakov. After exchanging pleasantries, discussion began about future sporting events to be held in Batumi. The Mayor expressed his desire to increase the number of events held in the city citing the World Martial Arts Games as a successful example of this. He also talked of his efforts for each community to have access to a football pitch as it can form a crucial part of children’s’ lives. Mr Ermakov and HRH agreed on the importance of sport especially in a innocent form, as would be played at the SATUC world cup, and one that eschews the corruption of mainstream contemporary football. Football can unite all, no matter the creed, and the Mayor expressed his willingness to assist with SATUC’s aims in helping the disadvantaged.

To celebrate the end of HRH’s visit a dinner was held in her honour by the Mayor at the Adjarian Restaurant and Winery, outside Batumi in the surrounding countryside. HRH was given a brief tour of the facilities used in the production of Georgian wine including underground ceramic casks where it is aged. This was followed by a sumptuous meal of locally produced Georgian cuisine. Present at the dinner, aside from the Mayor and HRH, were Mr Basilia, Mr Michaeli, Mr Hamerucu, Mr Tasdemir (of the World Karate Federation), Sensai Kato and Mr Tediashvili. HRH exhibited the works of SATUC and presented guests with individual gifts in relation to SATUC’s next world cup in Morocco in 2017 and to enhance the possibility of 2019’s cup to be held in Georgia. It was mentioned by both the Mayor and HRH the importance of offering opportunities to disadvantaged and orphaned children, also the unification that sporting events provide. As described by HRH ‘When the ball hits the ground, no matter where you’re from, who you are, all that matters is the game’.