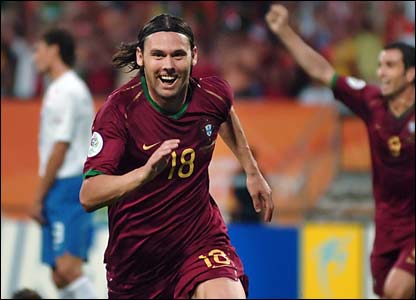 By SATUC   |   February 29, 2016
Leave a comment
We are delighted to announce that legendary Portuguese footballer, Nuno Ricardo de Oliveira Ribeiro, known simply as ‘Maniche’, is joining SATUC as an ambassador for the 2017 SATUC CUP in Morocco. Known for his teamwork, stamina and powerful shot, he received his nickname after Benfica’s 1980s Danish forward Michael Manniche. He had a distinguished club career in Portugal, Russia, England, Spain, Italy and Germany, and in 2004 helped Porto win the Champions League. Maniche also earned 53 caps for his country, representing the nation at Euro 2004 and the 2006 World Cup and finishing runner-up in the former. It is truly an honour to have such legend of the game on board, and all of us at SATUC are extremely grateful for his time and support. If you would like more information about Maniche, please follow this link: https://en.wikipedia.org/wiki/Maniche
Share