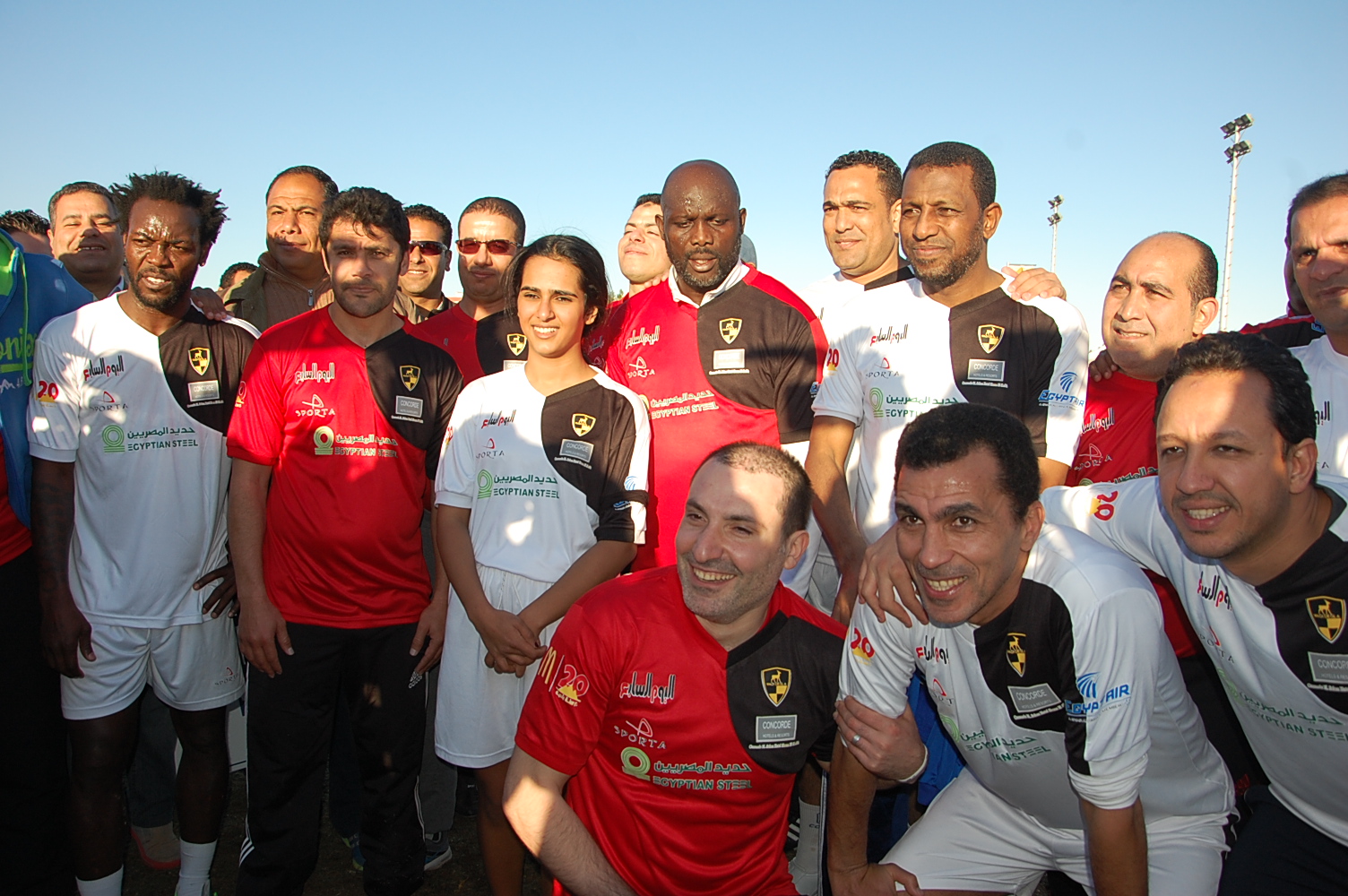 On the third day, the children woke up at 7.30 a.m. 6 matches were played; the first of which started at 9 a.m. The children ate their breakfast after they woke up at the hotel restaurant. Then, they arrived at the stadium at 8.30 a.m. Each child joined his team which represents the governorates participating in the tournament. On the second day of the tournament, 15 matches were played, the first of which started at 9 a.m. on Friday, January 1st, between Cairo and Giza, followed by a match between South Sinai and Alexandria teams, a third one between Ismailia and Aswan teams, a fourth one between the Red Sea and Daqahlia teams which concluded the third-round matches among the Egyptian teams. The third-round matches among the Syrian teams started with a match between Damascus and Aleppo teams and another one between Homs and Deir AL-Zour teams. The fourth-round matches start with a match between Giza and Marsa Matrouh teams, a match between Cairo and Alexandria teams, a match between Ismailia and the New Valley teams and the fourth match between Aswan and Daqahlia teams. As for the fourth-round matches of the Syrian teams, it is formed of two matches, one between Damascus and Latakia teams and another one between Aleppo and Deir AL-Zour teams. The matches ended at 11 a.m. on Friday, January 1st, for participants to get ready for the Islamic Friday prayer, to begin again at 2 p.m. and last till 5 pm. The last round included matches between South Sinai and Matrouh teams, the Red Sea and the New Valley teams and Homs and Latakia teams. After the matches, at 5 p.m., the attendees were surprised upon seeing George Weah, the Liberian athlete. He asked that children and media stars participate in a friendly match. This was already done, as he played a match with some media stars who covered the tournament. The match lasted for about 45 minutes, during which the world champion, George Weah, manifested his talent in playing, while children, who didn’t watch Weah playing before, greeted him with loud applause. After the match that Weah and media stars played, children returned to the hotel. The media stars, Weah and the ambassadors also returned to their residence place to get ready for the press conference to announce the state to host the 2017 world cup.

On the fourth and final day of the tournament, the children woke up at 7.30 a.m. and ate their breakfast at the hotel restaurant. Though they came from different governorates, the children were happily harmonious with one another. After breakfast, they headed to the stadiums to play the final matches, which started with a match between Matrouh and Alexandria teams, another match between the New Valley and Daqahlia teams and the third one between Latakia and Deir Al-Zour teams, at the final first-round matches. Then, the semi-final matches began, to last till 11 a.m.

The players had rest from 11 a.m. till 2 p.m. when the final match between the Red Sea and South Sinai teams was played. The latter won the match by two clear goals and thus won SATUC orphans’ tournament at Sharm Al-Sheikh. On the other hand, Latakia won SATUC Syrian refugees’ tournament. After the final match between the Red Sea and South Sinai, it was time for the match played by the stars and ambassadors and some media stars. Several games were played, where George Weah and Pascal played all the time and showed extraordinary athletic skills just as Ahmed Hassan did. Sheikha Al-Thani also participated with them. The match ended while each team scored 4 goals, some of which were scored by Ahmed Hassan, George Weah and Ashraf Mamdouh. After that match, there was a ninety-minute rest for all to prepare for the final reception which started at 6 p.m., including art shows beginning with a show by Show Mexico and another one by Basata Show led by Ehab Gaber. The children happily interacted with the stars attending the celebration. Happiness prevailed during the tournament and the children were smilingly anticipating the future, hoping that stars would arise from their teams.