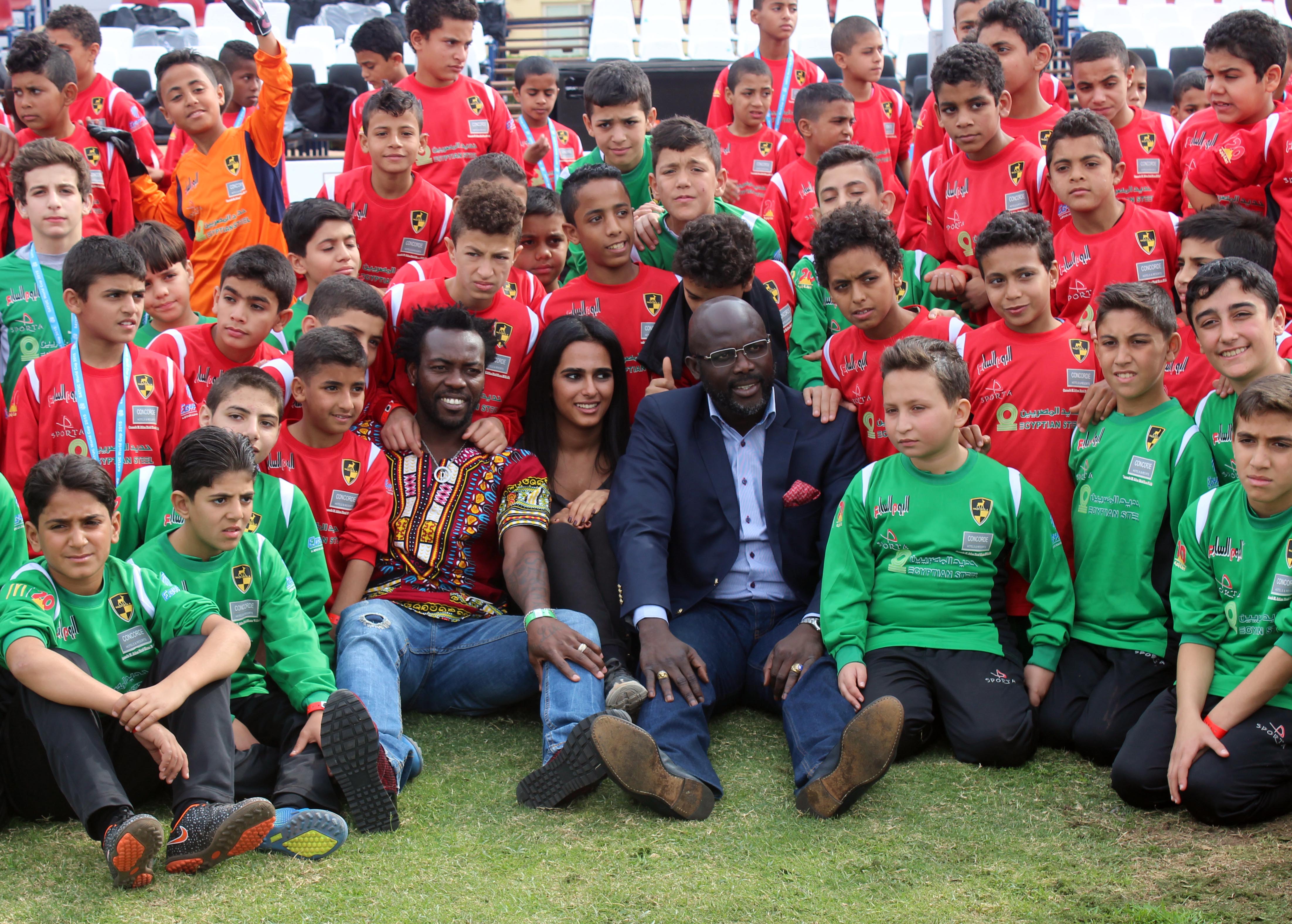 On the 30th December 2015 to the 3rd January 2016, SATUC organized and host the huge major of the 3r edition of SATUC tournament in Sharm El Sheikha. 150 Orphans and Refugees children and with as many of our ambassadors SATUC hosted them in Sharm El Sheikh under the slogan Safe Egypt. The tournament was hosted in world-famous, Sharm El Sheikh. From this tournament, we selected the Egyptian team that participated in the 2017/2018 SATUC World Cup in Sofia.

The Egypt city of Sharm el-Sheikh witnessed a major football tournament for five days from December 30, 2015, to January 3, 2016. The SATUC football tournament was organized in solidarity with several Egyptian ministries, several charities operating in Egypt, guests and ambassadors of SATUC from several countries of the world to choose the Egyptian and Syrian teams to participate in SATUC World Cup in 2017 for orphans under 15 years old. During the tournament, Morocco was named the host country for SATUC World Cup in 2017 for orphans. The event in Sharm el-Sheikh was attended by the African football player George Weah, who played at Milan and was named in 1995 FIFA World Player of the Year.

More than 150 children participated in the event hoping to be chosen by SATUC ambassadors of international football players. SATUC is going to sponsor the Egyptian and Syrian teams and support them by all means of attention and care under the supervision of football experts aiming to make professional football players of the talented children participating at SATUC tournament in Sharm el-Sheikh and then at SATUC World Cup for Orphans in 2017. This tournament was such a great opportunity for those orphaned children to come together and to meet with many football experts and professionals to encourage them and take them as a role model. This event was made to demolish several barriers in order to make dreams of those children come true. SATUC believes that such an event gave those children a better chance to communicate with the community and to make their dreams come true supported by several countries and charities. SATUC tournament in 2016 was part of the eliminations for the World Cup for orphans in 2017, in which 24 countries from five continents will participate. SATUC is pleased to receive support from several institutions, businessmen, governments and NGOs in order to draw smiles on the faces of the orphaned children and pave the way before them to success. This is how SATUC cares for orphaned children around the world.

SATUC also recognizes the heavy price that Syrian children have had to pay at such an early age. This is why SATUC will include Syrian refugee children in the tournament in Sharm El Sheikh. The children included in the tournament will have to be by condition, not in any way politically involved in the conflict in Syria. SATUC’s aim is to help needy and disadvantaged children as well as deter them from dangerous political affiliations or ethnic prejudices. We are dealing carefully with the Syrian issue as children deserve care and attention and not to be victims of political issues.

We are working hard in preparation for the tournament and to give these children a wonderful opportunity. We are confident that with your support we can make a big difference to these children’s lives.
SATUC was with 150 Orphans and Refugees children and with as many of our ambassadors. We were very excited to announce that the Egyptian Football Association was supporting our 2016 SATUC Tournament for Orphans and Refugees. This is, in addition, to support from our wonderful ambassadors including George Weah to name but a few.

Their support brought so much joy to these children in need. The world cup for orphaned, disadvantaged and refugee children in 2017/2018 saw 12 teams from 5 continents of children aged 15 and under come together to compete for one contest. The Foundation is keen to promote equal opportunity among all the contenders in the championship. By choosing the best team to represent Egypt and Syria early we are giving them the opportunity to prepare for what will be a very competitive tournament.

We will support them in the lead up to the tournament as other organizations will be supporting their teams in other countries. We supported Egypt in this time of economic difficulty and the tournament in Sharm El Sheikh was promote tourism in the area and send the message that Egypt is still a wonderful and safe place to go to. We were work alongside the Ministry of Tourism to convey to the world media this message while promoting our noble sentiments towards disadvantaged children.

We had full support for the 2017/2018 SATUC Cup. We announced the host nation in our press conference in Sharm El Sheikh. We were most grateful that SATUC friends considered supporting this event from a lot of of our SATUC partners such as Egyptian steel, Wadi Degla, Concord hotel, Macdonald, Newborn and Samir&Ali.

We pleased to announce, that after the success of the SATUC World Cup in Cairo in 2015 SATUC able to prepared and organized a yearly SATUC tournament for orphans.