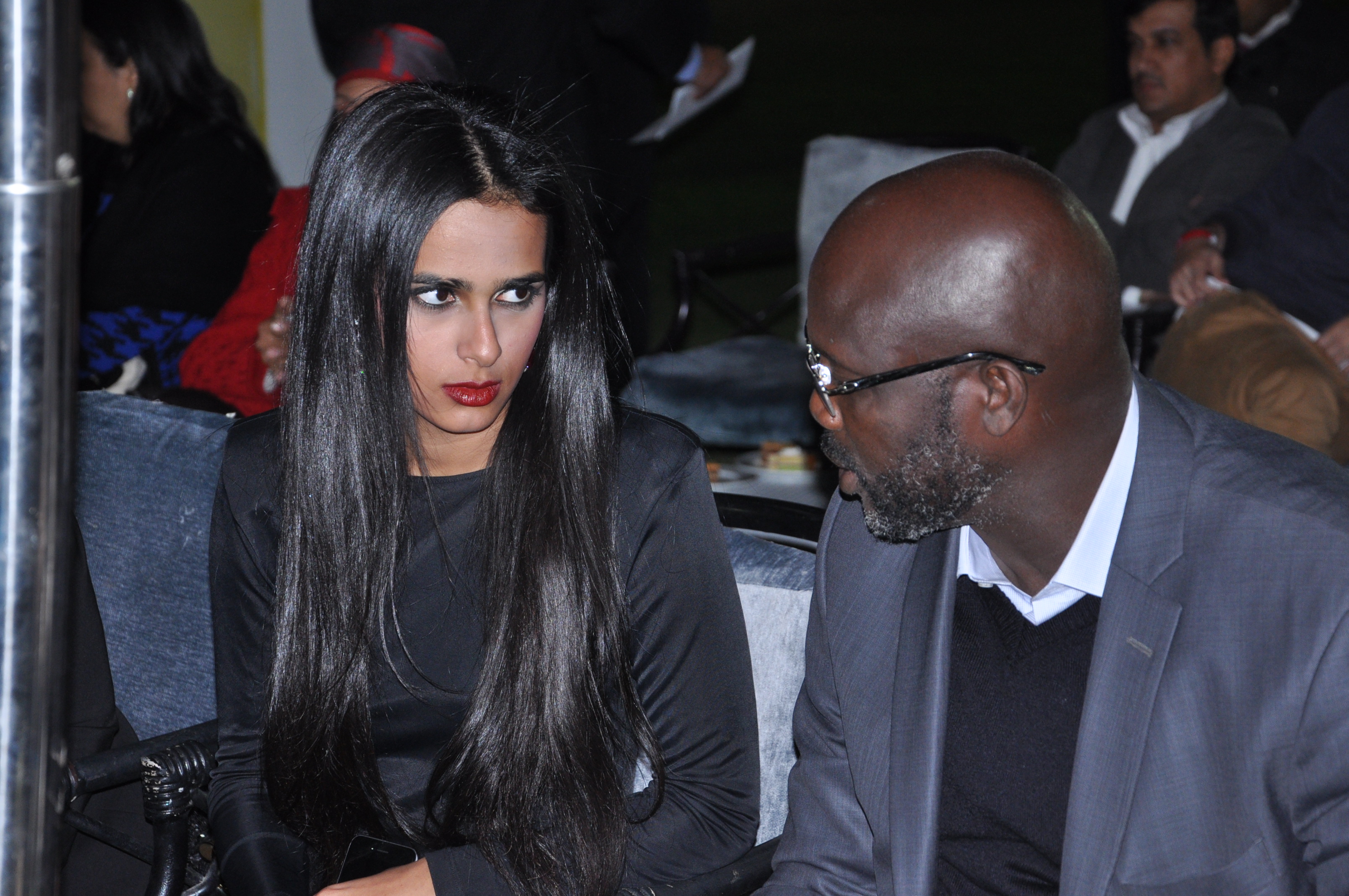 By SATUC   |   December 5, 2015
Leave a comment
African football legend confirms attendance at SATUC Cup preview event. One of the world’s greatest footballers, the legendary Liberian striker and SATUC Ambassador George Weah has confirmed his attendance at the 2016 SATUC Tournament for Orphans and Refugees in Sharm El Sheikh, Egypt. The New Year contest, the first major SATUC event since the highly successful SATUC World Cup in Cairo in the summer of 2015, is a major part of the preparations for 2017 SATUC World Cup. The event will include the announcement of major new developments in the preparation of that hotly-anticipated international event. The Egyptian Government-supported New Year event is being described as having two purposes. It will start the process of selecting teams for Egypt and Syrian from under 12-year old children, in anticipation of the 2017 SATUC World Cup. But it is also intended so spread the message of a safe and stable Egypt to the rest of the world. George Weah, who was the first African player to be nominated as FIFA Player of the Year, has had a distinguished career as a player for his national team and for clubs in Italy, France and England. Since retiring from the game, the charismatic sportsman has made a name as an energetic humanitarian and politician. He said: “I am delighted to be attending the SATUC Tournament in Sharm El Sheikh. I am proud to support Sheikha Al-Thani’s charity and her hopes for a peaceful world in which all the children can flourish.” SATUC can also announce that Sharm El Sheikh’s celebrated Concorde Hotel will provide accommodation for the VIP “Ambassadors” for the tournament. One of the best-known hotels in the much-loved Red Sea resort, the Concorde has been described by SATUC staff as “the ideal choice” for accommodating the charity’s highly-valued Ambassadors. Describing the 2016 New Year tournament, Sheikha Al-Thani said: “SATUC recognizes the heavy burden that Syrian children are carrying at such an early age. This is why we decided to include Syrian refugee children in the forthcoming tournament in Sharm El Sheikh.” “The children included in the tournament have no political involvement in the trauma that affecting their country. We need to help disadvantaged children whilst encouraging them away from dangerous political associations or ethnic prejudices.” “We believe that this is instilled through our apolitical stance and the diversity of the participants in our global tournaments. Children do not deserve to be victims of political unrest but rather be treated with care and attention. We are working hard in preparation for the tournament and to give these children a wonderful opportunity.” The SATUC World Cup for orphaned, disadvantaged and refugee children in 2017/2018 will see 12 teams from 5 continents of children aged 15 and under come together to compete for one contest. The Foundation is keen to promote equal opportunity among all the contenders in the championship, and by choosing the best teams to represent Egypt and Syria, SATUC is giving them the opportunity to prepare for what will be a very competitive tournament. Sheikha added: “We will support them in the lead up to the tournament as well as all of our other children”. “We want to support Egypt in this time of economic difficulty and hope that the tournament in Sharm El Sheikh will promote tourism in the area and send the message that Egypt is still a wonderful country with a rich history and a safe place to visit.” “We will be working alongside Egypt’s Ministry of Solidarity, the Ministry of Tourism, Ministry of Youth and Sport and the Football Association to convey to the world media this message while at the same time promoting our mission to help disadvantaged children. We hope to announce the host nation and some other exciting news at a press conference in the Sharm El Sheikh.”