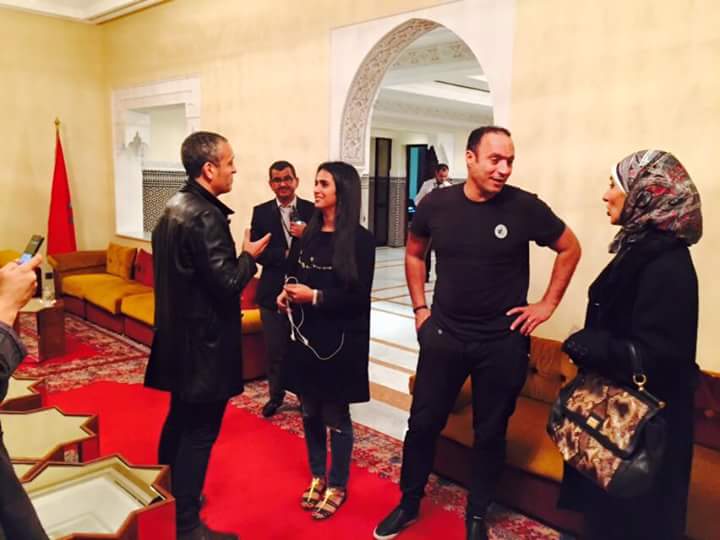 By SATUC   |   November 6, 2015
Leave a comment
Director of the SATUC Foundation for disadvantaged children, Sheikha Sheikha is attending the Green March Cup football match in Laâyoune, Morocco. The event is part of the celebrations of the 40th Anniversay of the Green March, in which over 350,000 people peacefully marched unarmed into Spanish controlled Western Sahara resulting in Spain relinquishing control over the territory. Football legends such as Diego Maradona and George Weah will be playing in the match.  Sheikha Sheikha will be able to see the footballing prowess of many of the SATUC ambassadors in the match, including Nader El-Sayed, Said Owairan and Aziz Bouderbala. Sheikha Sheikha was formally invited by the Royal Moroccan Football Federation to attend the event as their guest in recognition of the work that she and the SATUC foundation do to help and support orphaned, disadvantaged and refugee children all over the world.  Sheikha Sheikha hopes to share with people at the event her vision for using sport to better the lives disadvantaged children all over the world. Her current project, the 2017 SATUC World Cup will see twenty-four teams of underprivileged children from five continents come together to compete in a five a side football tournament. This is not only a fantastic and motivating opportunity for children to show theirskill on an international stage but will raise awareness of the plight of many children whose opportunities in this world are limited due to circumstance.