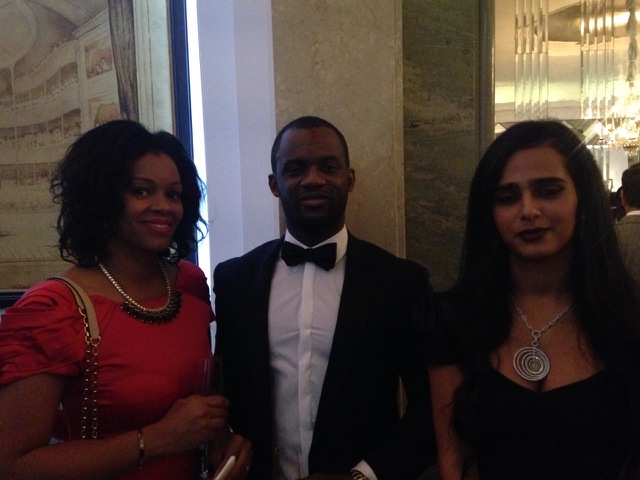 Sheikha Al-Thani, the philanthropist and children’s charity campaigner, will tonight attend the Yellow Whistle Ball, as a guest of the international soccer legend Samuel Eto’o.

Princess Sheikha, who hopes to learn from the

charitable endeavours of the Cameroonian striker as she plans the 2017 SATUC World Cup for Disadvantaged, Orphaned and Refugee Children, said that she was “honoured” to be invited to t

he prestigious event, to be held at London’s exclusive Claridge’s Hotel. The event is in aid to raise money for Eto’o’s Yellow Whistle initiative, which aims to help refugee victims of Boko Haram, whose violent campaigns have resulted in millions of people being displaced from their homes across Northern Africa. “As a great admirer of Samuel Eto’o and all the work he has done for some of the world’s least fortunate people, including children.” Sheikha said. “It’s a great honour to be asked to this very special event and I look forward to a wonderful evening.” “Events like this give me a chance to spread the word about SATUC, and also to share experiences with others who, like me, are acutely concerned about the injustice which far too many of the world’s children have to face every day of their lives. I have a lot to learn from people like Samuel Eto’o who do such wonderful work in raising awareness of the world’s problems.” The event gives Sheikha, the chance to mingle with other VIPs, sports stars and celebrities, and to spread the word about SATUC’s work around the world. Sheikha will also be briefing fellow charity sector personnel about the success of the inaugural 2015 SATUC Cup, held 28 Aug-3 Sept in Cairo, featuring teams of orphans and disadvantaged kids from eight different countries.               The tournament, which was won by the team of boys from Egypt, won widespread praise in local and international media for providing priceless opportunities to children from as far afield as the Philippines, the UK and Morocco to travel and compete in a spirit of fun and friendship. The next tournament, scheduled for 2017 is expected to be on a much larger scale, involving teams of children from 24 nations. Samuel Eto’s Yellow Whistle campaign symbolizes “the need to raise the alarm against a degrading situation which has to be stopped.” According to the UNHCR, there are approximately 250,000 refugees in Cameroon. NGOs will need at least $54.8 million s to cater to these refugees. Samuel Eto’o has enlisted many of his celebrity friends to help him raise awareness of the crisis, including the Chelsea captain John Terry.
Share