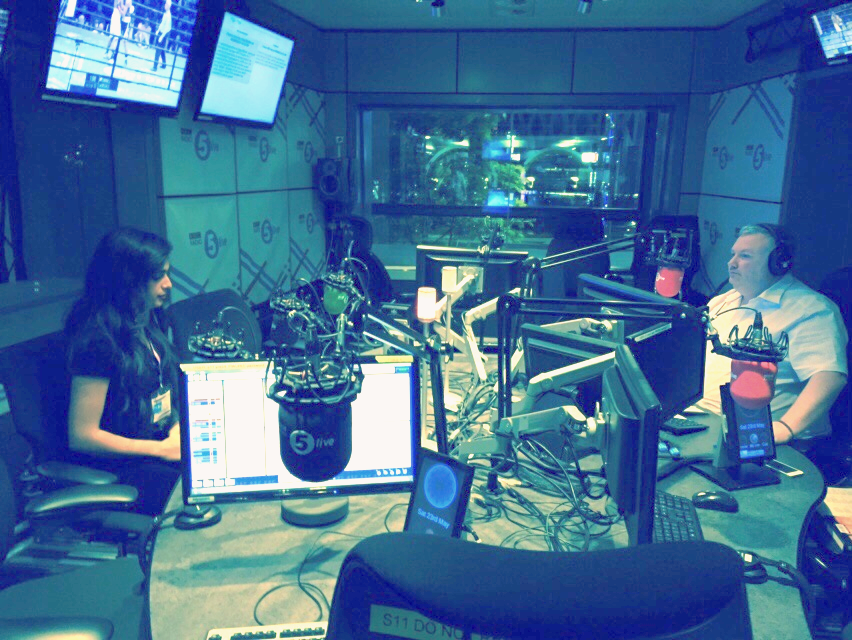 By SATUC   |   May 29, 2015
Leave a comment
Sheikha’s interview with the popular Stephen Nolan show on BBC Radio 5 Live. The radio host seemed stunned to have a real life princess set foot in his studio and was even more surprised that she was setting up a global football tournament for underprivileged children at the young age of only 15; however he needn’t have been nervous as Sheikha quickly showed herself to be the down to earth, humble and level-headed individual that all who have dealt with her know her to be.

Mr Nolan quizzed her on all aspects of the 2015 SATUC World Cup including which teams were participating, the tournament format, the purpose of the event, where & when it was going to be held and what its future legacy might look like. Mr Nolan’s eagerness to know more details matches the high levels of interest we have been generating in press and media circles around the world, from the US to the UK to the Middle East. Sheikha answered all his questions calmly and concisely before explaining at Mr Nolan’s request how she had come to embark on the charitable path on which she has found herself for the majority of her young life; moreover she described what had moved her to set up both SATUC and its flagship project the 2015 SATUC World Cup, despite having so much to focus on herself.

Mr Nolan ended by admitting he had been unsure what to make of Sheikha before he had started her interview, fearing she would conform to the stereotype of the spoilt princess; he said how relieved he was that these fears had been entirely misplaced, since by the end of his interview with Sheikha he could tell that nothing was further than the truth and that in fact Sheikha was a warm-hearted, humble and selfless individual who was merely using some of her life’s privileges to put smiles on the faces of those less fortunate than her.

To listen to the full interview, please click on the below link: http://www.bbc.co.uk/programmes/b05w7trr Sheikha’s interview starts around 01:48:50 and lasts until the 2 hour mark.
Share