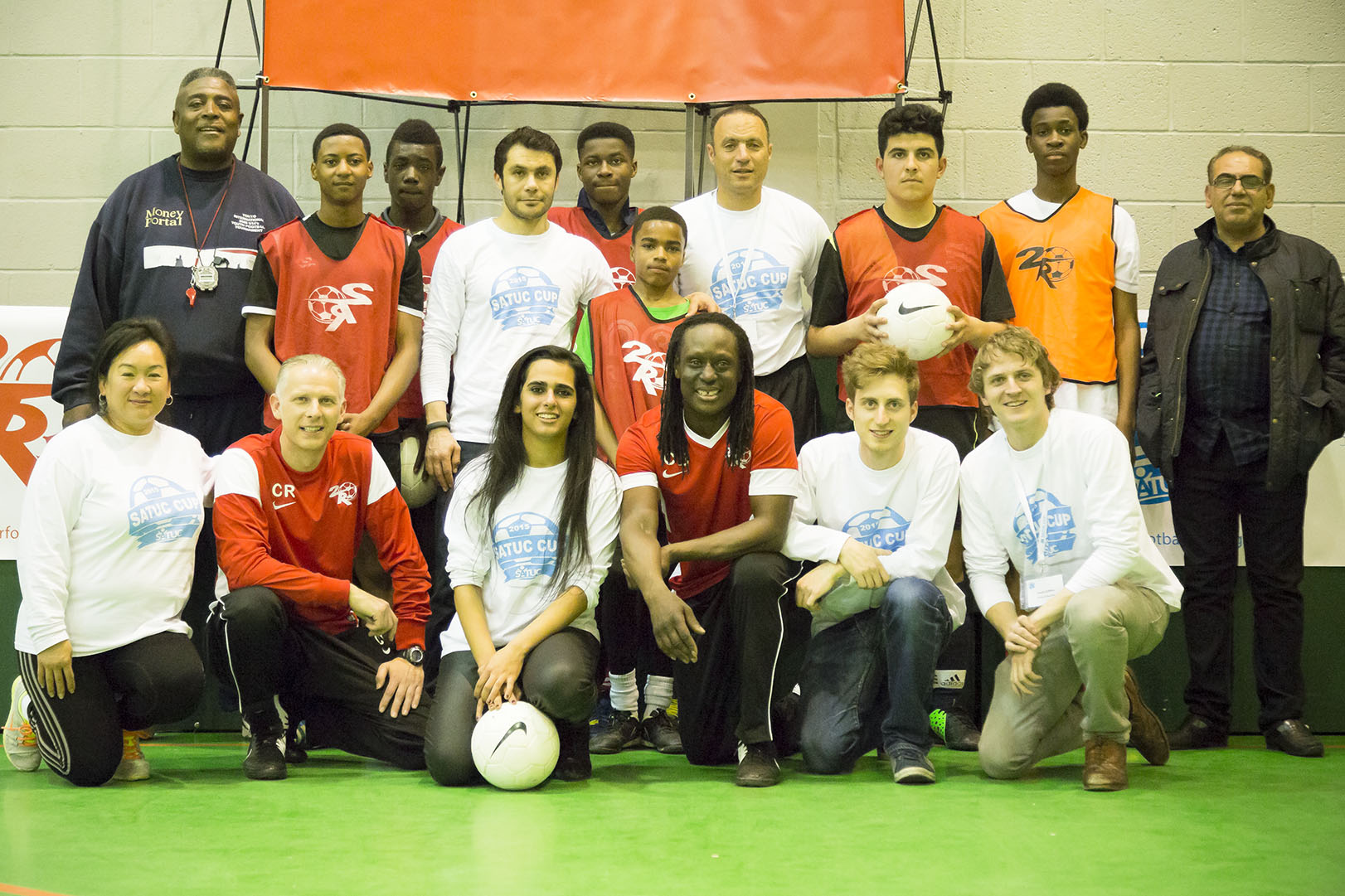 By SATUC   |   May 14, 2015
Leave a comment
On Saturday 9th May, 2 Touch Rulz held their final trials to select the English team to compete at the SATUC World Cup from the 29th August – 3rd September 2015. The location was a fitting one, with the pitch resting under the famous arch of Wembley Stadium, the spiritual home of English football.

Despite the closure of nearby Wembley Park tube station, every single registered trialist turned up on the day, showing just how dedicated these boys were to their achieving their goal. In total 65 boys competed for only 8 places which spoke volumes of the fierce competition to participate at SATUC’s inaugural World Cup in Egypt.

A speech was given by Sheikha congratulating all the boys on having made it so far and encouraging them to give it their all in this final push – not that the boys needed any extra motivation. Sheikha spoke about how proud she was to see so many young boys from areas of social deprivation taking a positive step in their lives by attending the trials. For Sheikha it was a validation of the guiding principles on which SATUC was founded, namely not to treat the underprivileged as victims and sufferers, but to provide them with the means of empowering themselves so that they can carve out a brighter future.

Tournament ambassador Nader El Sayed was also present on behalf of SATUC; he told the boys how much he was looking forward to seeing the final UK team compete at the tournament in the summer and ultimately how everyone was a winner on the day for even being there. He reminded the boys about the importance of the charitable element of the SATUC World Cup and stressed this was not a holiday for them but a fiercely competitive tournament for orphans and underprivileged children from all backgrounds, where real lives and futures were at stake. He continued by outlining SATUC’s policy which is to recruit players for the tournament who as well as being naturally gifted would also benefit the most from the experience and the opportunities afforded by the tournament.

Further speeches were given by 2TR CEO Charlie Browne, 2TR Academy Director Chris Rule, 2TR Social Transition Manager Pete Issac and Scottish gymnast and Commonwealth Games gold medallist Steve Frew. From 10 am – 3 pm the boys gave it their absolute all and once the final 8 were chosen after a very tough selection process by legendary community coach Clasford Sterling MBE, there was joy and disappointment in equal measure. Even the boys who had fallen at the final hurdle gave fantastic feedback not only for this event, but for the trials before, while parents of some of the successful boys called up relatives to announce the good news with tears in their eyes. It was clear that participation at the 2015 SATUC World Cup meant a huge deal not only to the boys, but to their parents and entire families as well. All the 8 boys are individuals who have come from areas of real social deprivation and extremely challenging living circumstances – to be able to welcome them to the SATUC World Cup this summer is a real privilege for SATUC and a ringing endorsement of why Sheikha decided to found SATUC and set up the inaugural SATUC World Cup.
Share