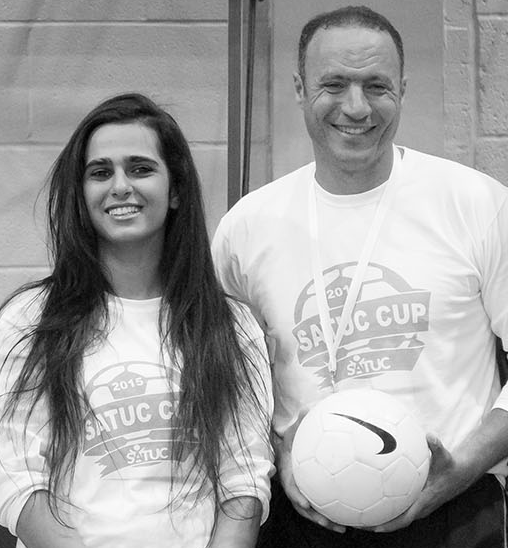 By SATUC   |   May 5, 2015
Leave a comment
On Monday at 6.30pm (UK time), SATUC founder Sheikha Al Thani and Nader El-Sayed, 2015 SATUC Cup ambassador and great friend of SATUC, skyped with the boys from the Moroccan Children’s Trust in Taroudant, southern Morocco for the first time. The boys and staff had been excited for days in anticipation of finally speaking to SATUC’s founder and when this finally happened on Monday they were not let down. The boys introduced themselves to Sheikha one by one and she praised them for all the hard work they were doing preparing for the 2015 SATUC Cup. Next it was Nader El-Sayed’s turn to speak and he encouraged the boys and congratulated them on all the progress they were making; he also confirmed that Aziz Bouderbala, his fellow SATUC Cup ambassador and Morocco legend, would be visiting the boys soon. This confirmation was much needed as despite announcing this news to the MCT earlier, the boys and staff still can’t believe it! Sheikha and Nader encouraged them to keep training hard in the run-up to the tournament and told them how much they were looking forward to welcoming them in August and what a privilege it was to have such talented and humble boys taking part in the 2015 SATUC Cup. The 30 minutes absolutely flew by and Sheikha expressed how much she was looking forward to talking to them again before she has the chance to welcome the MCT personally.
Share