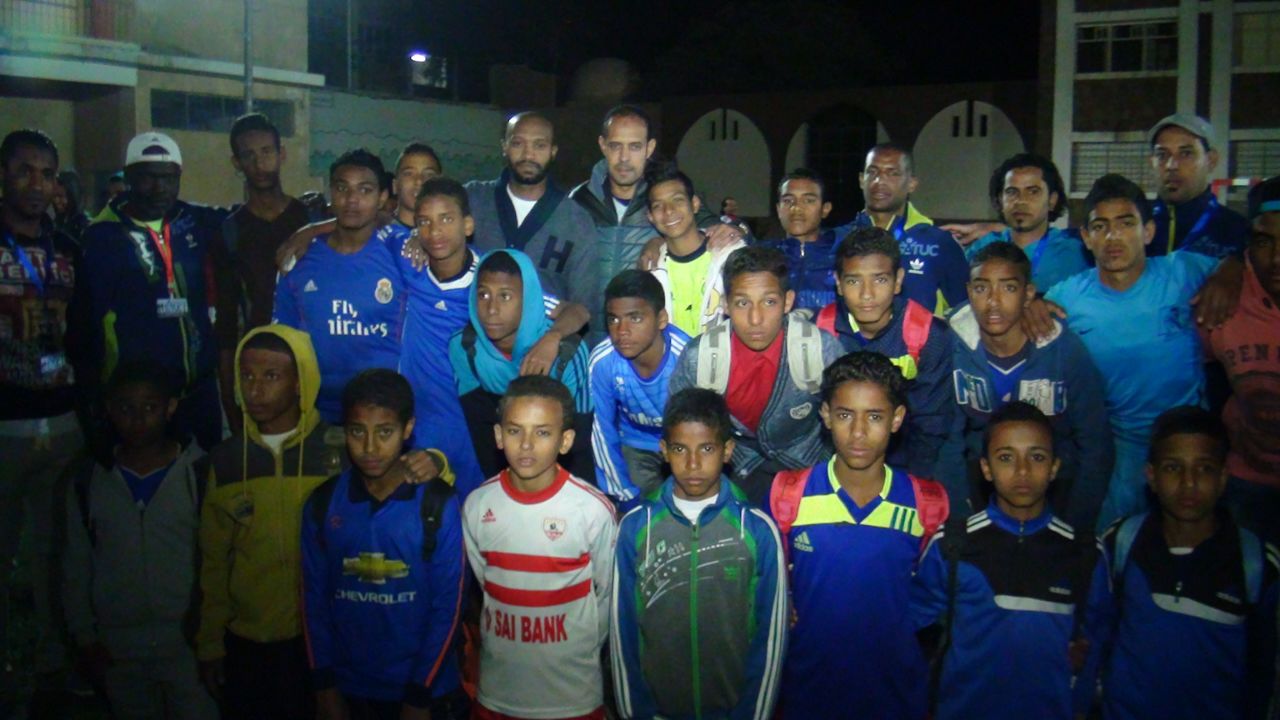 By SATUC   |   February 27, 2015
Leave a comment
With Ahmed Hassan arriving in Aswan tomorrow to help select the city’s final representative for the Egyptian team at the 2015 SATUC Cup, SATUC wishes to thank Mr Hassan for his immense contribution to the competition and his unwavering support as a tournament ambassador to a brighter future for Egyptian children. Mr Hassan will work hand-in-hand with fellow tournament ambassador Shikabala, current Egypt and El-Ahly star Emad El-Nahhas and all the other SATUC coaches to find their lucky winner; we are extremely grateful to them for their efforts as are all the boys. SATUC’s founder Sheikha Al-Thani will give a speech at 6pm local time to kick off the final round in Aswan with the current pool of 26 first going down to a final pool of 15, before one lucky winner, who will represent Egypt at the tournament in Cairo, is announced at 9pm. Media coverage of the event by CBC and Youm7 indicates the high level of public interest; the whole town is extremely excited by the thought that maybe Egypt’s next new star will be found here on Saturday evening. That the event is being run under the auspices of the Ministry of Sports and the Mayor of Aswan shows its significance at a national and municipal level. For the boys it is a reward for their hard work and perseverance in reaching this stage – the 26 who will compete against each other tomorrow were selected from an original group of 100 and the competition has been fierce. Now they have the chance to achieve great things and for many, given the challenges they have had to face in their lives so far, this is beyond their wildest dreams. Even though only one can play in the tournament itself, all 15 boys will be looked after by SATUC for good, providing them with English tuition, healthcare and first-class football training. Regardless of Saturday’s outcome SATUC wishes to congratulate all 100 boys on having taken part in such a fantastic competition which has generated so much media and public interest. Tomorrow we hope to find the next rising star, and if we are successful it will be thanks to the hard work and talent of boys and the SATUC coaches. We commend them on their excellent levels of skill and discipline, their hunger and desire, and the mutual goodwill and respect they have shown each other throughout; they have made SATUC very proud and we have every confidence they will go on make a success of their lives. We wish them all the best of luck tomorrow. Finally we thank all our fans and supporters for following the event with such interest and for making it as exciting as it has been. We rely heavily on your continued interest and generosity – we at SATUC cannot do our work without you.